Emperors, poets, traders, warriors, religious pilgrims, explorers – over the centuries all have found themselves drawn to the diverse, fascinating land known as Turkey.  Even today, Turkey ranks among the top travel destinations in the world, thanks to such attractions as stylish Istanbul; the chic beach towns along the Aegean and Mediterranean coasts; the wealth of world class historic sites and ruins, and the unforgettable landscapes of spots like Cappadocia.  Add to that the incredible cuisine, the famous bazaars and artisan trades, and the decadent hamam spa traditions and it’s clear that Turkey travel offers something for everyone.

Greece has always been a major tourist destination thanks to its clean azure water, postcard like islands, the relics of four millennia of ancient culture and great food & wine, those who travel to Greece are certain to experience a once in a lifetime vacation.

A remarkably complex region, the beautiful Balkan Peninsula includes Albania, Bosnia and Herzegovina, Croatia, Kosovo, Macedonia, Montenegro, Serbia and Slovenia. It is a brilliant mosaic of competing cultures, ethnicities, languages and ideologies, and serves as a sampler of contrasting landscapes. The Balkan Peninsula is one of the last relatively unexplored corners of Europe. But with a wealth of history, cultural and culinary treasures and great nightlife, it won’t be long before the region becomes the next travel hotspot.

A complicated but fascinating country with some of the most enduring historical monuments on Earth, Egypt stands as an unforgettable travel destination.  It’s hard to deal with its fair share of turmoil in recent times, but this North African nation remains proud, welcoming and accessible.  With treasures as timeless as the temples, and pyramids of the Nile to shout about, it’s not somewhere that’s going to slip from public consciousness any time soon.  A visit to fascinating Egypt still very much has the potential to thrill.

Jordan is a country of mountains, beaches, castles and ancient churches, with an urbane people and a rich culture.  It is safe, comfortable and welcoming – and by far the region’s most rewarding destination.

Jordan covers a multitude of scenes, from the dramatic red sands and towering cliffs of the far south to the vast stony plains of volcanic basalt in the east.  The northern hills, rich with olive trees, teeter over the rift of the Jordan Valley, which in turn runs down to the Dead Sea, the lowest point on Earth.  The centre of the country is carpeted with tranquil fields of wheat, cut through by expansive canyons and bordered by arid, craggy mountains.  At Jordan’s southernmost tip, beaches fringe the warm waters of the Red Sea, which harbours some of the most spectacular coral reefs in the world.

Israel offers an experience of Biblical proportions – literally. As the prime destination for religious pilgrimages, the Holy Land offers, among many sacred splendours, the Church of the Holy Sepulchre, the Western Wall and the Dome of the Rock (and all of that is just inside the walls of Jerusalem’s Old City). Israel offers diverse experiences, both religious and secular, from the home of the Baha’i faith in Haifa to the glittering high rises and beaches in Tel Aviv. 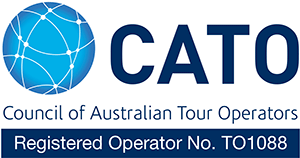